The history of Yorba Linda began long before Spanish explorers came to the area. Archaeological discoveries show that there may have been Indians in the Yorba Linda area near the Santa Ana River as early as 4,000 years ago.

The modern history of Yorba Linda began in 1834 when Bernardo Yorba received a land grant from the Mexican government for 13,328 acres. He called it “Rancho Canon de Santa Ana.” It was located north of the Santa Ana River and included the present day city of Yorba Linda.

In 1835 Bernardo began building one of the largest adobe houses built during the “Golden Age of the California Ranchos.” He named his hacienda San Antonio and it is said to have had fifty rooms.

After Bernardo's death in 1858, his land was divided between his wife and children. By 1907, some of the land was bought by Jacob Stern, a resident of Fullerton. The next year, the Janss Investment Company in Los Angeles bought Stern's land. They named the area Yorba Linda—Yorba being the last name of its original owner, Bernardo Yorba, and Linda, which means “beautiful” in Spanish. They sold agricultural plots for $150 an acre and “choice” ranches for $250 per acre and up.

By 1911 about thirty-five people lived in Yorba Linda. Many of them were farmers who owned orange or lemon groves. The Pacific Telephone and Telegraph Company installed telephone service, and the first school was built. 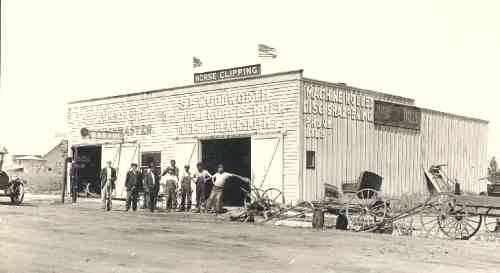 Buckmaster Garage on Main Street circa 1912.

In 1912 the Pacific Electric Railway Company extended its service to Yorba Linda, and provided growers with swift transportation of their produce to Los Angeles. In addition, 1912 marked the year that the Southern California Edison Company installed electrical service; the first post office opened; and the first church, the Yorba Linda Friends Church, was built. 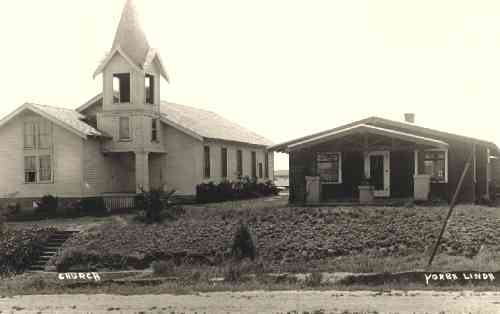 Richard M. Nixon, the thirty-seventh President of the United States, was born on January 9, 1913 in Yorba Linda. In 1913 the Yorba Linda Chamber of Commerce was organized, and the Yorba Linda Library opened. 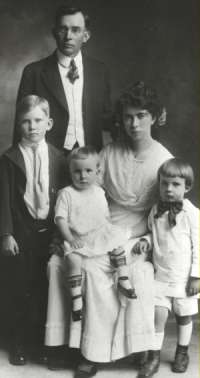 Nixon family in 1916: Parents Frank and Hannah
and children (l to r) Harold, Donald, and Richard.

In 1917, Yorba Linda Boulevard became the first paved road in the community, and the Yorba Linda Star began publication. 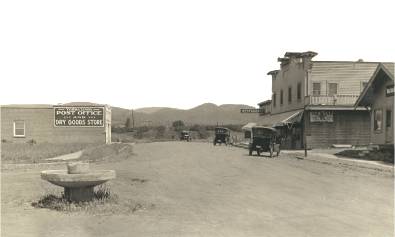 Yorba Linda went through few changes between 1920 and 1960. In those forty years, Yorba Linda's population only grew from 350 to 1,198. The town's main business continued to be farming.

It was not until the 1960's that Yorba Linda began experiencing significant population growth. By 1967, the year the town was incorporated, the population had dramatically increased to 11,433.

The 1970's and 80's continued the growth of the previous decade. Many of the city's housing developments, including East Lake Village, were built during this time. In addition, a number of shopping centers were built, including the SAVI Ranch Center that is anchored by Home Depot, Best Buy, Bed, Bath & Beyond, Thomasville Home Furnishings, Michaels's, and Chick's Sporting Goods.

On July 19, 1990, the Richard M. Nixon Library and Birthplace was dedicated. In attendance were Richard M. Nixon and wife, Pat, and former presidents Gerald Ford, Ronald Reagan, and George Bush. It is a privately supported, non-profit institution dedicated to educating the public about the life and times of the thirty-seventh President and encouraging interest in history, government and public affairs. The nine acre Library & Birthplace features a 52,000 square foot museum, 22 high-tech galleries, movie and interactive video theaters, and the President's restored birthplace.

Richard M. Nixon died on April 22, 1994 in New York City and was buried on the grounds of the Nixon Library in Yorba Linda, at the side of his First Lady, on April 27, 1994. The eulogists at his State Funeral were President Bill Clinton, Senator Robert Dole, California Governor Pete Wilson, and his second Secretary of State, Henry Kissinger.

The last ten years have seen the planning and development of the Vista Del Verde planned golf course community with over 2,000 dwelling units, and the planning of the Town Center Project which will revitalize historical Main Street.


This document was printed from http://www.yorbalindahistory.org